Why The Smartwatch Is a No-Brainer for Business Use

Why The Smartwatch Is a No-Brainer for Business Use 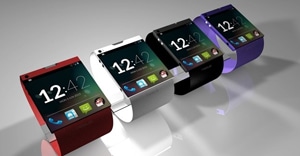 Many of the tech giants are quickly introducing their version of the smartwatch. First it was Samsung. Now it’s Google which has just announced “Android Wear”, a version of their operating system designed specifically for wearable devices.

Google has apparently crafted the system especially for smartwatches. Motorola and LG have revealed their own versions of Android Wear wrist devices and more are about to follow.

These smartwatches are cool and fun, and will feature a variety of applications that will make them a great business tool, helping to increase productivity.

Have a question? No problem. Videos released by Google indicate you will be able to speak to your watch and give it commands. Ask when your next meeting begins and you will get a display on the watch face. Tell the watch to send a message to a colleague that you are running a few minutes late and the device will deliver it.

Of course you can get maps and directions, and find out how long it will take to get from one place to the next. Information you need will be available on your wrist. You can leave your mobile phone in your pocket or purse.

It appears the watches will be using the Google Now platform. A benefit as wearers will get automatic, passive reminders via their smartwatch while at the same time connecting with Android smartphones. The goal is to get all the notifications you want from whatever apps you have installed on your phone.

Users can say “OK Google” to perform voice searches. Multi-screen functionality also seems to be in the works. Google says you can use a voice command to cast a video to your Chromecast or get songs to play on your phone.

All this technology will be combined with fitness applications that give you “real-time speed, distance and time information on your wrist for your run, cycle or walk.” Sports scores will be available as well.

So how will they look? These new devices are not your father’s smartwatch, or the one you may have seen or purchased a few months ago. The videos show the watches as attractive colorful tech pieces featuring both a square and a round face.

In fact, Google is working with a variety of brands to make sure the watches work as a fashion piece. Companies like Fossil will apparently offer watches using the operating system later this year. Android partners like Asus, HTC, LG, Motorola, and Samsung also figure to be in this mix.

The wait for an Android Watch may not be long. LG is launching the G Watch which will be one of the first devices with Android Wear. In line with the Nexus 4 and Nexus 5 before, it is being produced in collaboration with Google. It should be available the second quarter of this year.

Google is inviting other developers and manufacturers to join the party. The goal is to make Android better suited for smartwatches and other devices. A preview of the operating system is available now so that developers can make sure their app notifications will work with it.

Overall the Android Wear smartwatch promises to be an exciting new business tool. One that increases your productivity with just the flick of a wrist.

Marc Arbesman is a founder and CIO of ThrottleNet, Inc. ThrottleNet offers an array of technology services and products to help business owners achieve their corporate goals, while reducing overhead. This is accomplished through outsourced Managed Network Services which helps companies improve their technology uptime and IT capabilities while, at the same time, reducing costs. The firm offers custom software development and mobile applications to help companies accelerate their business growth. For additional information contact ThrottleNet online at or call 866-826-5966