The iPhone 7, Worth the Investment?

The iPhone 7, Worth the Investment? 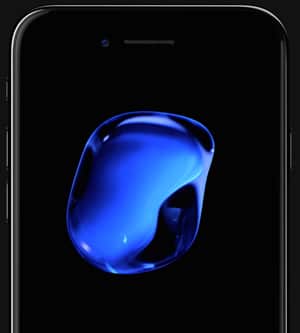 Apple has launched the new iPhone7 and iPhone7 Plus.

The phones will be available shortly and pre-orders, according to reports, are extremely strong.

Early indicators show the new device offers some nice upgrades over the iPhone6, and 6S. But are there enough to warrant an upgrade or large spend to get one?

Size matters and the iPhone 7 is about the same as the 6S. It has a 4.7 inch screen. The iPhone 7 Plus has the larger 5.5 inch screen and some nice added camera features to boot, more about that later.

Apple says the screen has more brightness, HD Retina Display is 25% brighter than the previous version and now includes a pressure sensitive 3D Touch Layer. This creates a buzz when you press it and hold onto the screen.

The phone is also said to be water resistant. Much like the phones from Samsung and Sony. Not sure you would want to drop in a fountain or toilet but if it slips into a beverage cup or takes on some moisture there should be no damage to the device.

A big change is the lack of a headphone jack. Now one will have to utilize Apple’s new Earpods headphones to hear music and audio. These can connect through the Lightning Connector Port and enclosed adapter. There is also a wireless Airpods Headset for sale that can be connected through auto-pairing.

The 7 has two cameras. The back camera size remains the same as the 6S with 12 megapixels, however there is a larger aperture and optical image stabilization. Your photo taking should be steadier.

The front facing camera jumps up to 7 megapixels from the five megapixels on the 6S. It also includes auto image stabilization.

The 7 Plus takes it a step further for those serious about photography. It has a wide angle and a telephoto lens on the back. It includes 2x optical zoom. Reports are the images are enhanced for low light shooting.

In a first for Apple, the phone will come with stereo speakers. One speaker will be at the top and the other on bottom.

Apple is promising more battery life with the new phones. They estimate 12 hours of LTE browsing with the iPhone 7 and perhaps 14 hours with the 7 Plus.

Operating speed is said to be enhanced with the 7’s new A10 Fusion chip, 64-bit quad-core processor. The company said it is 40 percent faster than the previous A9 processor. Users should get higher performance contributing to the improved battery life.

Those who take lots of photos and videos or need extended space, will find more storage options. These include 32GB, 128GB and even 256GB capacities.

The iPhone 7 and 7 Plus will be available in several colors. These include jet black, matte black, gold, silver and rose gold.

iPhone fans who line-up for Apple’s “latest and greatest” products will most likely secure the newer devices. Others will have to determine if the improvements in operation, battery life and camera quality are worth the investment.