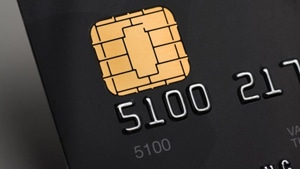 The government is promising to make your credit cards more secure. In fact they are going to require that every card have an embedded chip built-in by fall of 2015.

The goal is provide better security than the old swiping method and hopefully avoid the problems of fraud caused by hackers at Target and other retailers.

The old swipe machines will eventually be laid to rest. So sometime probably after October, 2015, retailers will be liable for fraudulent purchases as a result of using one of the older swiping devices.

Every other economic power nation uses these chip cards, the U.S. is the last to come online. Why?

Credit cards companies have fought this due to the pricier expense of card production. Payment terminals are also costly to upgrade causing retailers to turn the other cheek. The complexity of the entire U.S. credit card system is also an area of concern as the two main credit card players, Visa and Mastercard, are interfaced between retailers seeking easy transactions and banks seeking secure transactions.

While adoption of chip cards has slogged along, fraud in the U.S. has risen. Those magnetic stripe cards, in use in the U.S. since the 1970s, are easy to clone.

Experts claim the chipped cards will make it all safer. Three firms have combined for the most widely used chipped card called “EMV”, representing those that developed the technology Europay, Mastercard and Visa.

EMV cards include a microchip that creates single-use codes for every transaction instead of relying on the card number, making the data useless if it’s stolen. Some experts believe these this technology could cut some form of credit card fraud in half.

Citing a United Kingdom study, a research firm,  Aite Group, said following chip card adoption, counterfeit card fraud dropped in the U.K. to $67 million in 2013 from a whopping $151 million in 2004. Fraud from lost and stolen cards also dropped by a third during the same period.

So how are the chip cards used? One way is to require buyers to enter a passcode personal identification number or PIN after the chip has been read. This effectively protects them from both counterfeit cards and the use of lost and stolen cards.

The other type of transaction reads the chip, but then asks for the signature. A little like what we have today without the magnetic stripe.

It appears the chip and sign method is what the U.S. will use first. Walmart is first on-board, currently the only major retailer accepting chip cards in its stores. Square has announced they are launching new technology that will use the chip and sign methodology on mobile devices, a boost for retailers. Some however believe thieves will adjust to this quickly and fraud will occur at current levels.

Until the PIN and chip method are fully in place, don’t expect to feel fully secure from credit card fraud. Experts believe it could take several years for this system to be put in place unless another major breach occurs and consumers start screaming for a major change.