The Google Pixel: It’s All About The Camera

The Google Pixel: It’s All About The Camera 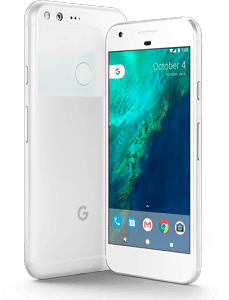 Google’s attempt at its first mobile phone, the Pixel, is starting to hit store shelves.

It is the company’s first phone with its own design, hardware and software. It represents nearly a clean break from partners who assisted with the production of the Nexus brand of products.

The phone represents a change in appearance and performance from previous Android versions. This includes an attractive appearance with a fast and smooth one-piece aluminum design. It has a wedge shape to keep the camera flush.

The phone is not called the Pixel for nothing and Google is emphasizing the speed and clarity of the camera. Google claims it is the highest rated smartphone camera ever.

The camera is well-sized at 12.3 megapixels. Reports indicate it is fast with nice vibrant colors. Focus is maintained at nearly every angle.

The camera provides close-up shots that are refined and sharp. Shooting in Landscape mode still provides great detail and depth.

It has a front facing camera that also does a good job of capturing the image.

4K Video can be shot and Pixel uses its own version of optical image stabilization. The feature is useful but said to not quite be up to par with versions on other phones.

Google does promise unlimited storage of photos and videos.

One advantage the phone has is that it is deeply integrated with Google’s search services. Google Assistant is part of the package. This uses machine learning and can access the company’s large search database.

Google Assistant can answer about any question you can pose. Among the many tasks it can handle are scheduling reminders, looking up facts, finding places to eat, setting alarms, giving directions, and translating phrases. It is supposed to become more personalized as you use it.

The Assistant is said to be more conversational than Apple’s Siri, Amazon’s Alexa or Microsoft’s Cortana. You can use your voice to speak to it in a conversational manner. It also has a chat-like interface.

The guts of the phone include the Android 7.1 Nougat. This is the first to have the Google messaging service called Allo. You can also make video calls with the Duo app.

Other features include sending GIFs inside the Google Keyboard and, similar to other phones, a night light can be used to reduce eye strain. A finger print reader is on the back for added security. For instance, you can use the reader for Android Pay.

The phone comes in two sizes, Pixel, 5.5 inches, and Pixel XL, 6.0 inches. Phones are similar with the larger version coming with a bumped-up battery and bigger, sharper display.

Speaking of batteries Google claims a fast re-charge is possible in only 15 minutes. This will provide seven hours of usage.

Colors include “Quite Black”, “Very Silver” or “Really Blue”.

The $650 price is in-line with many phones that have some similar features, though some may find it a bit high for this type of Android device.

The Pixel is aptly named and the camera is probably the phone’s best feature. Though overall the device may not rival the latest offerings from Apple or even the controversial Samsung Galaxy series, it is a step forward for Google and could generate a following among those who want the latest and greatest in an Android based operating system.

George Rosenthal is a founder and partner with ThrottleNet Inc. ThrottleNet offers an array of technology services and products to help business owners achieve their corporate goals and accelerate business growth. These include cloud computing, custom software and mobile application development, and outsourced Managed Network Services which helps companies improve their technology uptime and IT capabilities while, at the same time, reduces costs. To learn how to accelerate your IT visit ThrottleNet online at