New Report: Most Tech-Savvy Employees Are The Ones Most Likely to Create Risk

New Report: Most Tech-Savvy Employees Are The Ones Most Likely to Create Risk

In: Security By ThrottleNet 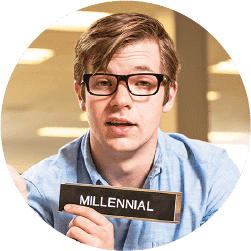 A new report from Intermedia of some 2,000+ office workers has some surprising findings regarding corporate risk and security.

Intermedia’s 2015 Insider Risk Report, https://www.intermedia.net/report/riskiestusers, indicates that despite conventional wisdom, the most tech-savvy employees are the ones most likely to create risk.

The survey revealed that 97 per cent of employees have access to some form of sensitive or confidential information. Almost all of those, some 93 per cent, admit to engaging in at least one form of poor data security.

Technical workers were the biggest offenders. The survey indicated that 65% of IT professionals share web logins with multiple users versus 46% of all respondents.

Forty per cent of IT professionals thought it was acceptable to install applications without consulting IT compared to just 28% of everyone.

Shockingly some 28% of IT pros admit to accessing systems belonging to previous employers compared to just 13% of all respondents.

Despite growing up with tech, Millennials (18-34) far outdistanced older groups in bad security habits. Twenty eight per cent of the group admit to saving business files for personal cloud storage as compared with 16% of Gen Xers (35-54) and just 10% for Baby Boomers (55+).

Forty one per cent of Millennials think it is appropriate to install applications on their work computer without consulting IT.  Twenty three per cent would also steal company data if they thought it would benefit them.

Length of employment also plays a role in security as longer term workers tend to take more risks. The longer a worker has been employed at a company the more likely he or she is to have mixed business with personal data.

The survey indicated 42% of experienced workers use their personal passwords for business as compared with 36% of new employees. The group also had a wide margin over newer employees of keeping hard copies of passwords, sharing passwords, and installing applications for free or paid web apps on their work computer without consulting IT.

“It’s just human nature. The longer you’ve been in a profession, the more you tend to relax your guard. You grow apathetic,” said Eric Aguado, COO of ThrottleNet, a St. Louis based IT consulting firm.

Among all industries, IT firms had the most employees most likely to steal, alter or secretly deploy web apps. Management consulting and business consulting were tied for second in regard to those sharing passwords and logins at work.

The report also indicated that medium and larger companies had more data abuse than smaller firms despite having more security training than their smaller counterparts.

The survey took place August 4 through August 6, 2015. It involved a ten minute online survey instrument. Among 2031 respondents, 1022 were in the United Kingdom and 1009 in the United States. For additional information visit intermedia.net/report/riskiestusers.