What to Expect from the iPhone 8

What to Expect from the iPhone 8 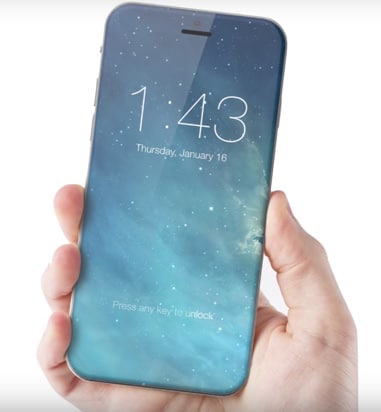 Apple is expected to release the next generation of its iPhone series later this year.

The new iPhone 8 series, if rumors are correct, will be different in size and feel.

DigiTimes cited a source indicating Apple will launch three models in different sizes. These include 4.7, 5.5, and 5.8 inches. The phones are expected to be released in the second half of 2017.

The phones will have a curved display something like the 5.5 inch Galaxy S7 Edge.

The tech giant expects to sell a lot of these new editions. Some 60-70 million units are expected to be sold for the larger version alone.

Some believe the smaller two versions will actually be called the 7s and 7s Plus, as Apple has done with previous lines.

The iPhone 8 could be the special 10th anniversary edition as the company unveils a special phone to mark the decade old milestone.

Many reporters who follow this space say iPhone 8 will have an OLED screen. The screens will be supplied by Samsung.

The screens could be made of plastic instead of glass. Some believe the wrap round style OLED screen will have embedded sensors for things like gesture recognition.

An article from PCADVISOR in the UK quoted Robert Scoble, a well-known tech strategist, who posted on Facebook that the phone screen will be a clear piece of glass where holograms can be put on top of the real world much like Microsoft HoloLens does. There will be a new kind of interface with a pop into it headset. The headset will sensor on it.

He quotes sources indicating the battery and the antennae will be hidden around the edges of the screen.  Apple will fit in some of the pieces even while most of the chips that make up a phone are in a pack/strip at the bottom of the phone.

The article points to a report of a patent for a bezel free phone. The technology could feature a display technology that uses pixels capable of self-lighting (like OLEDs) arranged on a flexible surface with gaps in between.

Other rumors include a report that Apple will ditch the home button for a system that places the fingerprint sensing technology under the screen.

Both CNET and Apple Insider claim that Apple will forge the iPhone 8 from steel.

A new iPhone red color is also on tap, according to Japanese site Makotacara. This is in addition to the usual black, jet black, silver gold, and rose gold options.

The camera is thought to be a continuation of the dual lens set-up.  Business Insider reports Apple is thinking of integrating augmented reality (AR) into the camera app.

Additional predictions include the new line of phones could feature wireless charging. The physical home button could also be removed.

Facial recognition and/or iris scanning is another possibility. Security could include bio-metric data storage, capturing the fingerprint and possibly the photo of the thief who stole the phone.

Some believe Apple is creating an electronic SIM card to replace the physical SIM cards used today. The benefit will provide the user with more flexible roaming and eliminate the need for specific SIM cards for each operation.

Pricing is still in limbo but many believe one or all of the so-called iPhone 8 series will be Apple’s highest priced phone to date.

Apple rarely misses with their new phone introductions and the new iPhone 8 series will be something the tech world is watching with the greatest of anticipation.