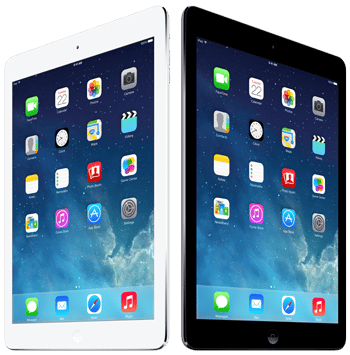 Rumors abound that Apple is getting ready to launch a new larger iPad. Many industry insiders believe the name of this new entry will be the iPad Pro.

Now that the tech giant has announced the release of a new 15-inch MacBook Pro and a new $1999 configuration of the 27 inch iMac with Retina 5K display, can a larger iPad be far behind?

Some guesstimate Apple will make the iPad announcement as early as this June at its World Wide Developers Conference in San Francisco. Others believe the launch will come this fall, in line with previous iPad debuts, which have taken place in an October-November time frame each year since 2012.

Since the larger version of the MacBook Pro was just introduced it appears a fall announcement would be more likely.

How will the Pro be different? Insiders believe it will feature a large 12.9 inch touchscreen. This is significantly larger than the 9.7 inch Air2 and the 7.9 inch Mini 3, and even many notebook models.

iPad Pro could include a number of Apple’s latest features. These include Force Touch, a new trackpad that is pressure sensitive. It responds to how you press on the surface. The feature basically allows a touchscreen to have a “secondary” tap, much like the right mouse button on a desktop device. This is done by lightly tapping the screen instead of pressing it.

Force Touch is included on the updated 13 inch and 15 inch MacBook Pro with retina display and its upcoming 12 inch MacBook. It is also a feature on the new Apple Watch.

Could a stylus also be in Apple’s future? Some think the Pro will incorporate a Bluetooth iPen stylus with pressure sensitivity. Former CEO Steve Jobs was not a fan of the accessory and execs at the Cupertino, CA headquarters have shied away from it.  Yet, there is no disputing the popularity of the pen with many who utilize the Microsoft Surface Pro 3 or Samsung Galaxy Note 4.

The popularity of Apple Pay, and its growing acceptance by retailers, should encourage Apple to integrate online Tap to Pay functionality with the newer device. This is made possible through Nearfield Communication Capabilities (NFC).

NFC support is found in the iPhone6 and iPhone 6 Plus as well as the Apple Watch. Apple Pay leverages this technology turning the device into an electronic cash register. NFC was not included in the iPad Air 2 and iPad Mini 3.

Additional plug-in capability could also be a nice feature on a larger device, adding flexibility with more accessories. Since the USB-C port was featured on the new MacBook launched this spring many believe the larger tablet will include it as well. It could replace or be in addition to the Apple Lightning Port. The end result would be easier access with keyboard docks and external monitors.

So how much would a larger iPad cost? The price of the device will probably come at a premium. Think iPad Air2 with an additional $100-$200. Of course, the increase in each storage level will result in another $100 per unit.

As Apple’s selection of products increases so do the size of the devices.

It leads for speculation that many in the Cupertino brain trust actually do believe that “bigger is better”.